POULTRY PROTECTION — Currently, South Carolina has some of the most stringent regulations for poultry operations in the Southeast. We stand with our farmers — which is why the Senate passed H.3929 this week to reduce the regulatory barriers on poultry suppliers, creating a better farm-friendly environment. The future of agribusiness is bright under this new bill that now heads to the governor’s desk for signature.

THANKING OUR TEACHERS — Senate Republicans know that a quality teacher in the classroom has a big impact on students’ ability to succeed. This week the Senate passed S.888, a Senate Republican initiative to say “thank you” to our teachers who make a positive impact on our students by creating a new Teacher Appreciation Account. The new accounts allow for certain public school faculty members annually to receive additional compensation for unused annual leave and sick leave. This recognizes the important work of our teachers, provides better benefit to students who have their primary teacher remain in the classroom, and does it all without a tax increase.

MORE JOBS, BETTER POLICY — The Senate last year pass S.105, commonly referred to as the “automatic stay” bill to provide better protection to capital projects which experienced unwarranted delays that stalled job creation and resulted in high costs on the taxpayers. We’re a business-friendly state, but we also place a high-importance on our state’s natural resources. This bill strikes the right balance in protecting our state’s valuable resources and reforming the appeal process to see that legitimate, well-founded project complaints are heard in a timely manner — not used as a hold-hostage tool. This week the House joined the Senate in passing this important bill. It now heads to the governor’s desk for signature. Read more here: https://www.scsenategop.com/2018/03/01/automatic-stay-heads-to-governor/ 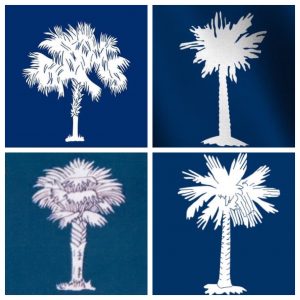 UNIFORMITY FOR THE FLAG — South Carolina’s Palmetto Tree and Crescent Moon as symbolized on the state flag is one of the most recognizable symbols in the United States. However, a numbering of varying make up of the flag exists. The Senate passed a resolution to create the State Flag Study Committee tasked with studying and proposing an official, uniform design for the state flag based on historically accurate details and legislative adoptions.  Membership of the committee shall be 5 members to include the Directors of the Departments of Archives and History, and the Administration.  One member appointed by the President Pro Tempore, One member by the Speaker of the House and One member appointed by the Governor.

CARRYING OUT JUSTICE — The people of South Carolina have made their support for the death penalty of persons convicted of a capital crime clear. South Carolina’s ability to carry out justice in the law has been limited by the inability to receive the lethal injection drugs needed to carry out a sentence. The Senate has set to special order status, S.872 — which will change the default execution method to electrocution and only allows an election of lethal injection if the drugs are available. Those on the state’s death row the ability, in current law, to select either lethal injection or electrocution. That selection will still exist under the proposed bill, but allows the Department another mechanism to carry out a court ordered sentence if the lethal injection drugs are not available.

DEEPEST IN THE SOUTHEAST — This week the South Carolina Ports Authority hosted a “groundbreaking ceremony for the Charleston Harbor Deepening Project. Our state’s port is the most valuable asset to economic development in South Carolina, a primary contributor to our leading the nation in tire production, headquarters for Boeing, Volvo and more. A true partnership of local, state and federal leaders, the deepening of the Port of Charleston to 52 means more jobs and continued economic development success for many years to come. Upon completion, the Port of Charleston will be the deepest port on the U.S. East Coast and will provide 24 hour access with no tide restriction.

RATEPAYERS FIRST — In case you missed it, Senate Majority Leader Shane Massey recently joined Senator Ronnie Sabb and Charles Bierbauer to discuss all the latest news on V.C. Summer, the proposed merger between Dominion and SCANA and why it’s important to keep Ratepayers First. Watch the full episode of This Week in South Carolina here: http://video.scetv.org/video/3009792571/